I thought I’d share this first thing Saturday morning in case you have a trip to the grocery store in your future or happen to have some cinnamon rolls in your fridge that need to be eaten this weekend. Winter came fast here in Wisconsin so I’ve been craving alllll of the cozy recipes.

I first found this recipe on Tasty but made some minor changes. I love pairing it with a savory egg bake when I’m hosting friends or family on the weekend – something like this would be great . It’s perfect to make for brunch because who can resist a little something sweet? 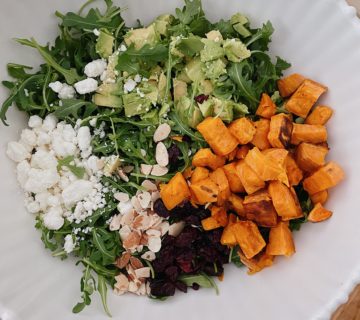