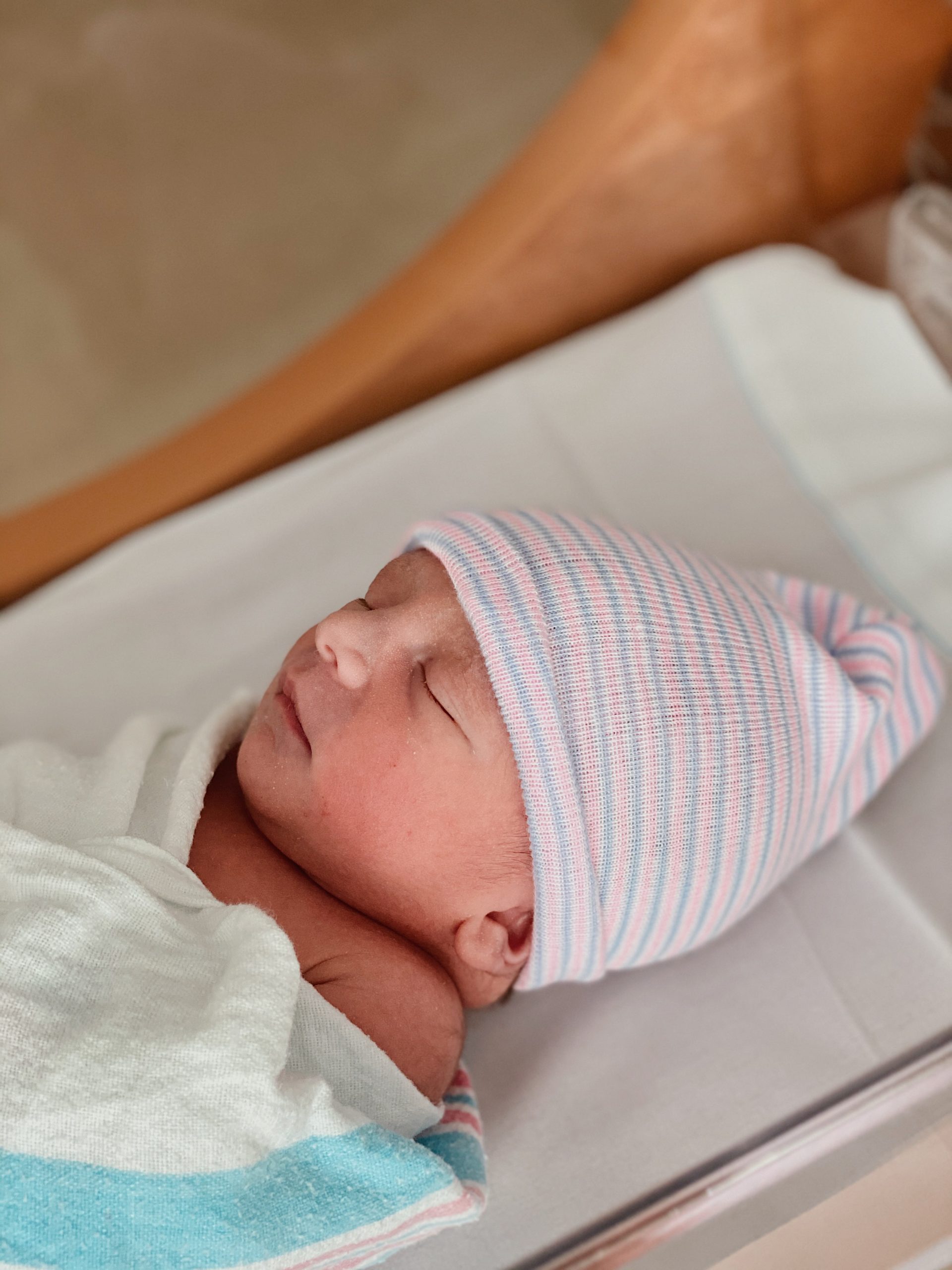 He came into this world after several weeks of me thinking ‘this could be it‘. Since Ainsley arrived 2.5 weeks early, I was on high alert. Everyone told me about how your second comes even faster, and I definitely wanted to be at the hospital when we delivered.

Let’s back up a few weeks.

At the end of May, we had a false alarm that resulted in my sister coming over and spending the night. She and Bill both made me rest while he got the car seat base installed, and she cleaned our house and did two loads of laundry (thank you, Allison!).

From then on, it felt like we were on baby-watch forever. Then June 10 arrived. I had been having contractions on and off throughout the day. Sometimes they were sporadic, and sometimes they had a pattern. With Ainsley, I was never in too much pain while at home, and these seemed very similar. My aunt was over helping with Ainsley while Bill and I worked so I called the nurse line while she was still over to get their opinion. They recommended I come in, and my aunt was okay to stay the night with Ainsley so we packed up our bags and went in. 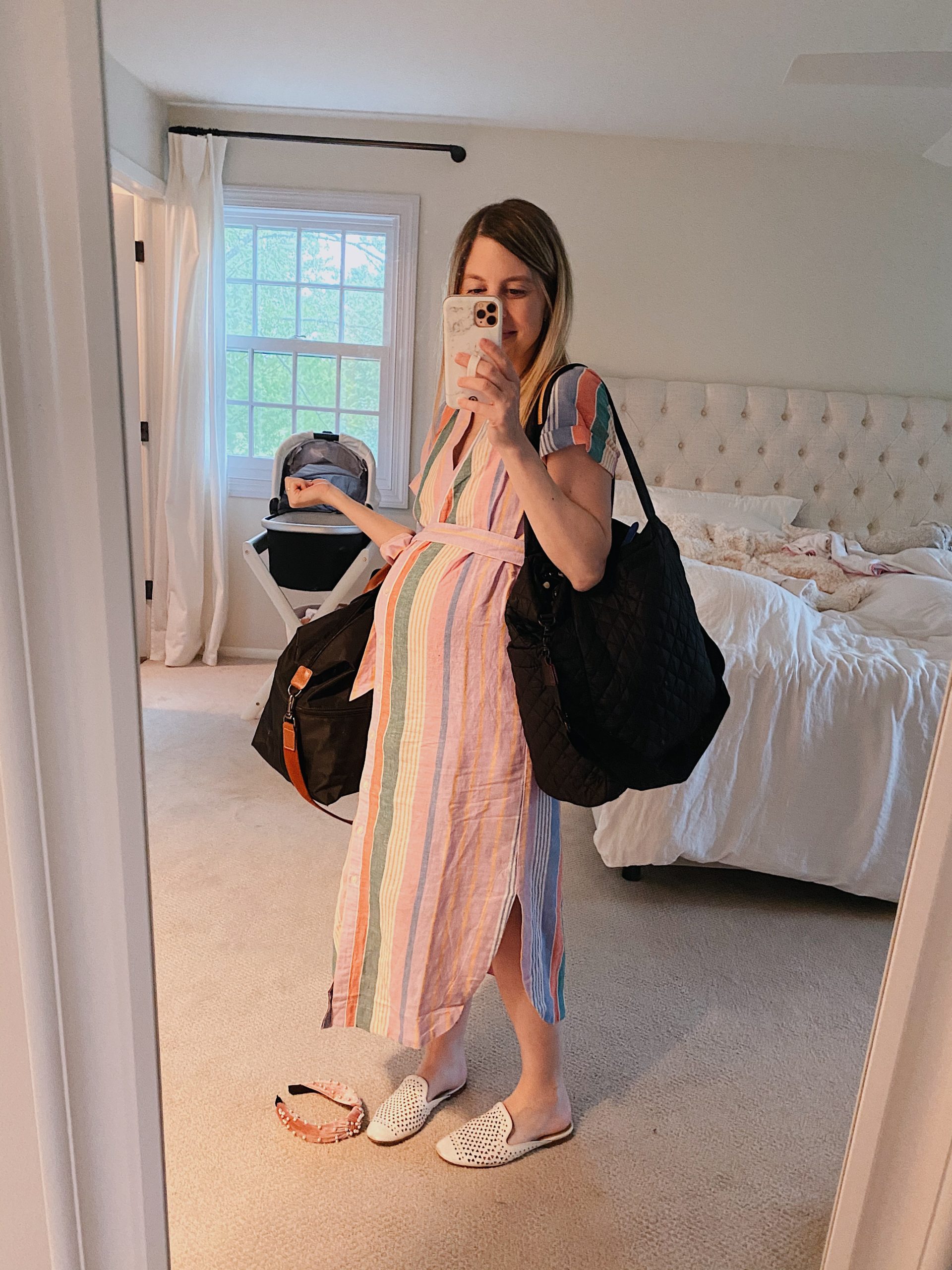 We got to the hospital just after 7 p.m. and set up in our room. I kept telling Bill I had a feeling they were going to send us home after seeing my very unimpressive contractions on the monitor. The OB was taking care of someone in the ER so the nurse told us it’d be a bit until she came to our room to give an update. I thought we’d get told to go home around 10 p.m. but then it sounded like she wasn’t going to make it to our room anytime soon.

When the doctor came in, she told us that Liam’s heart rate had dropped during two of my contractions. Given that I was 38 weeks, she advised us to get the process moving rather than take a chance and go home where I wouldn’t be monitored. Things got a lot more real.

I was going back and forth on if we were hurrying things along too quickly, but I would’ve been pretty worried if we went home and something seemed wrong. They broke my water at 12:23 a.m. (Bill remembers this since his birthday is 12/23…), and I got an epidural around 5/5:30 a.m. I wanted to make sure I got that done before shift change, and I’m so glad I got it when I did.

Similar to Ainsley, we were playing the waiting game and then things started to move really quickly. We of course forgot a few things at home, and Bill was able to leave the hospital (and got screened again when he returned). I told the nurses things were feeling different, and they told me I needed to call Bill right away. This is when I got really emotional. I found myself missing my mom and brother more than I had during the entire pregnancy not to mention my hormones were all over the place.

My sister was over at the house with my aunt and Ainsley, and since Bill isn’t always as great at checking his phone, I called her and started crying immediately. Allison thought I had given birth without Bill, which at least gave me a good laugh. Turns out he wasn’t home yet. I called him and told him to turn around immediately (he was just pulling in the driveway).

Meanwhile, the nurses were trying to get ahold of the doctor. She was in an all staff meeting and wasn’t responding to the pages. I just laid on my side trying not to move until Bill arrived. As soon as he walked back in, the nurses started texting the doctor. Once she arrived, it was pretty textbook thankfully. I pushed for about 20 minutes, and we became a family of four!

If you remember from this Instagram post, we got a pretty quick sign from my mom after having Ainsley. About an hour after having Liam, someone came in to write the names of the nurses and tech on staff. Sure enough, we got Rosie again. It was so special. 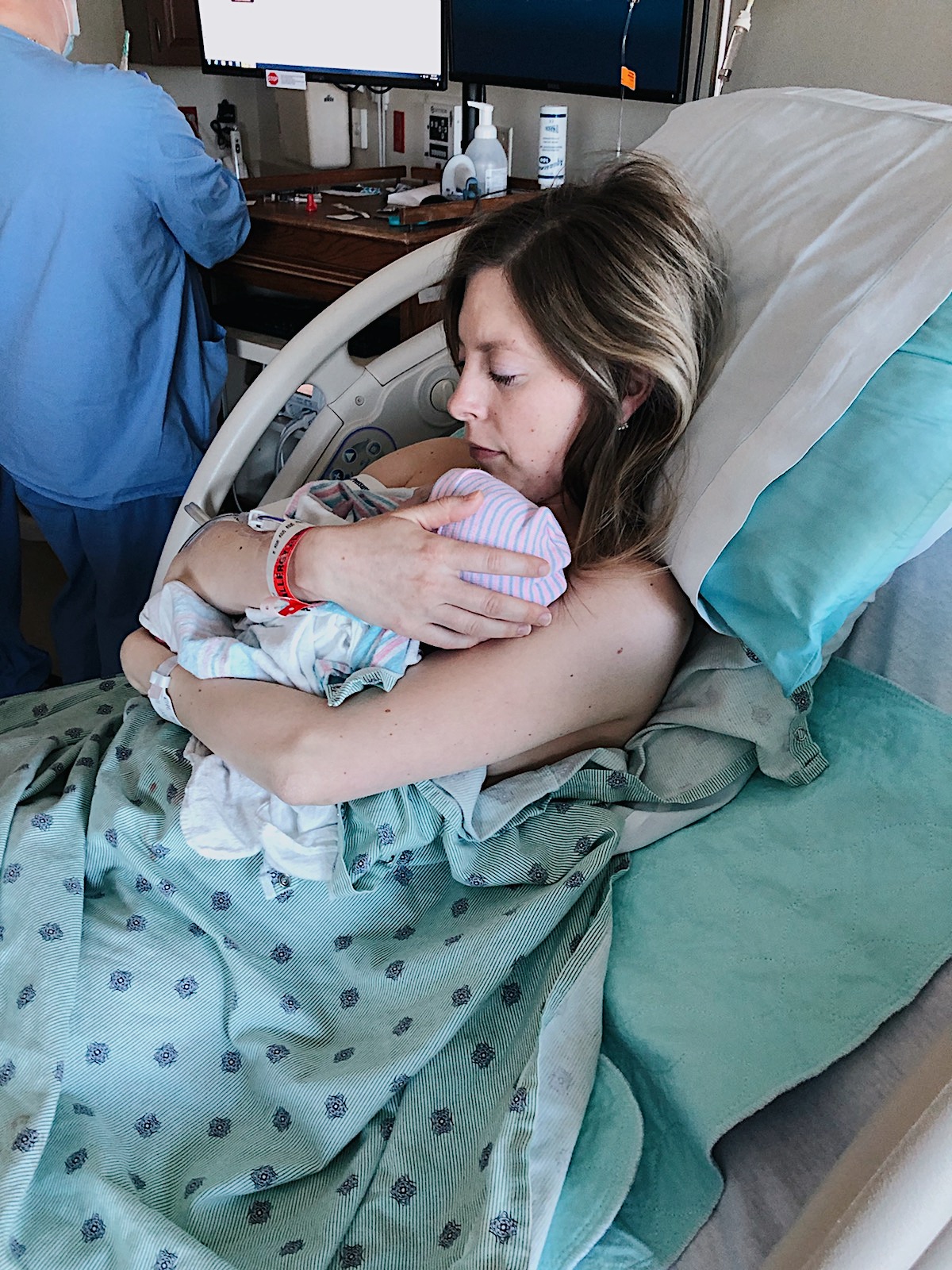 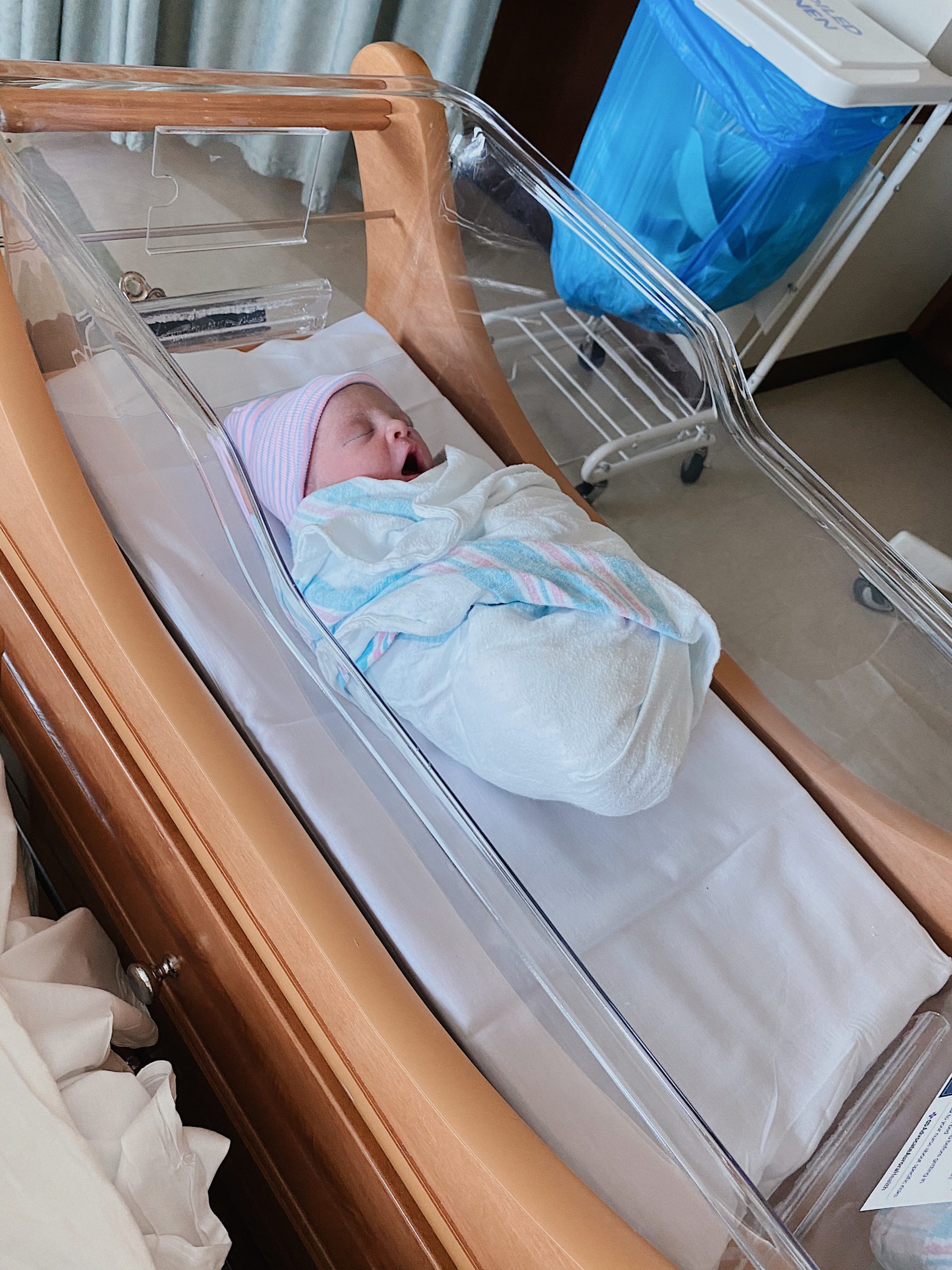 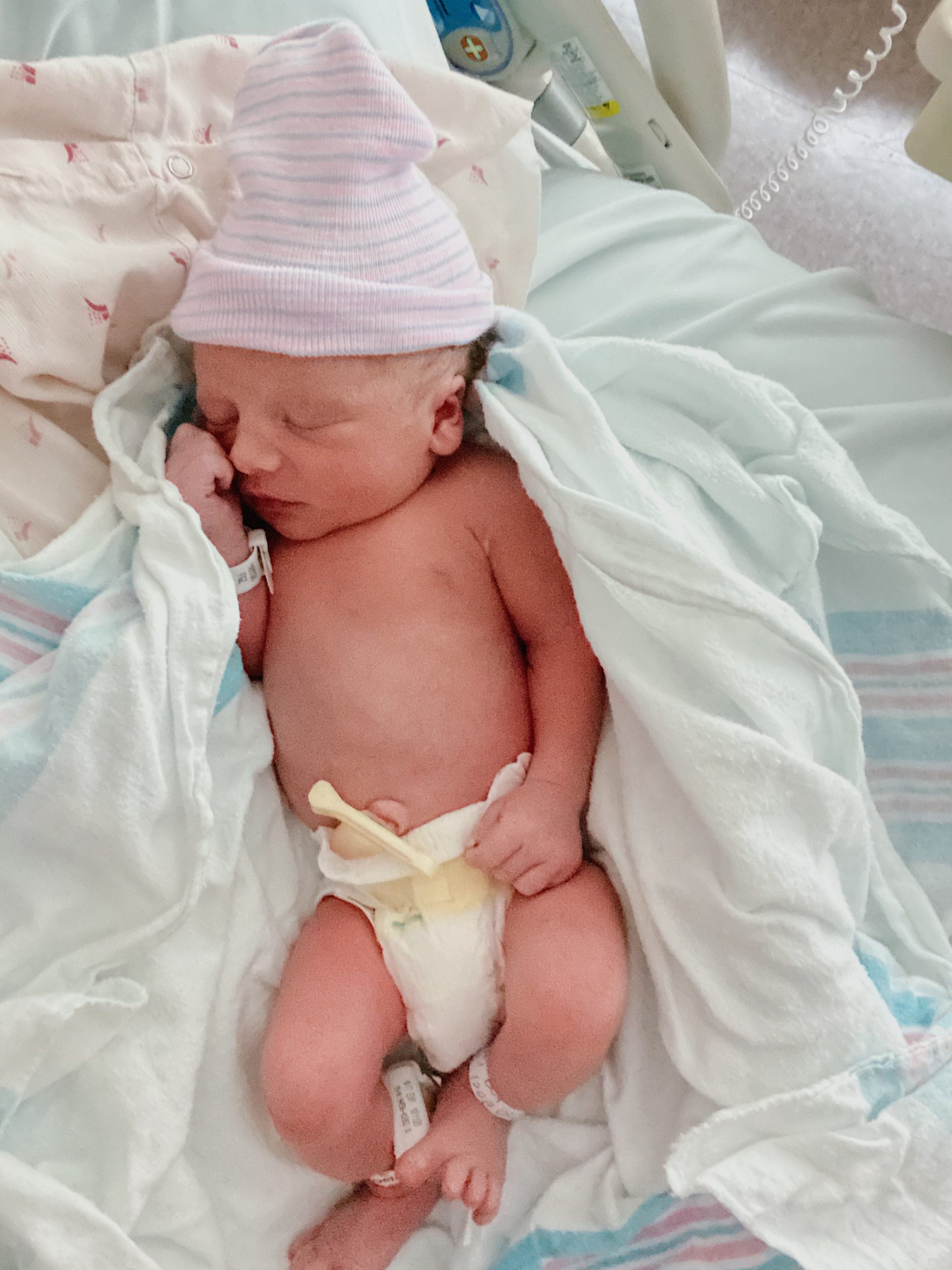 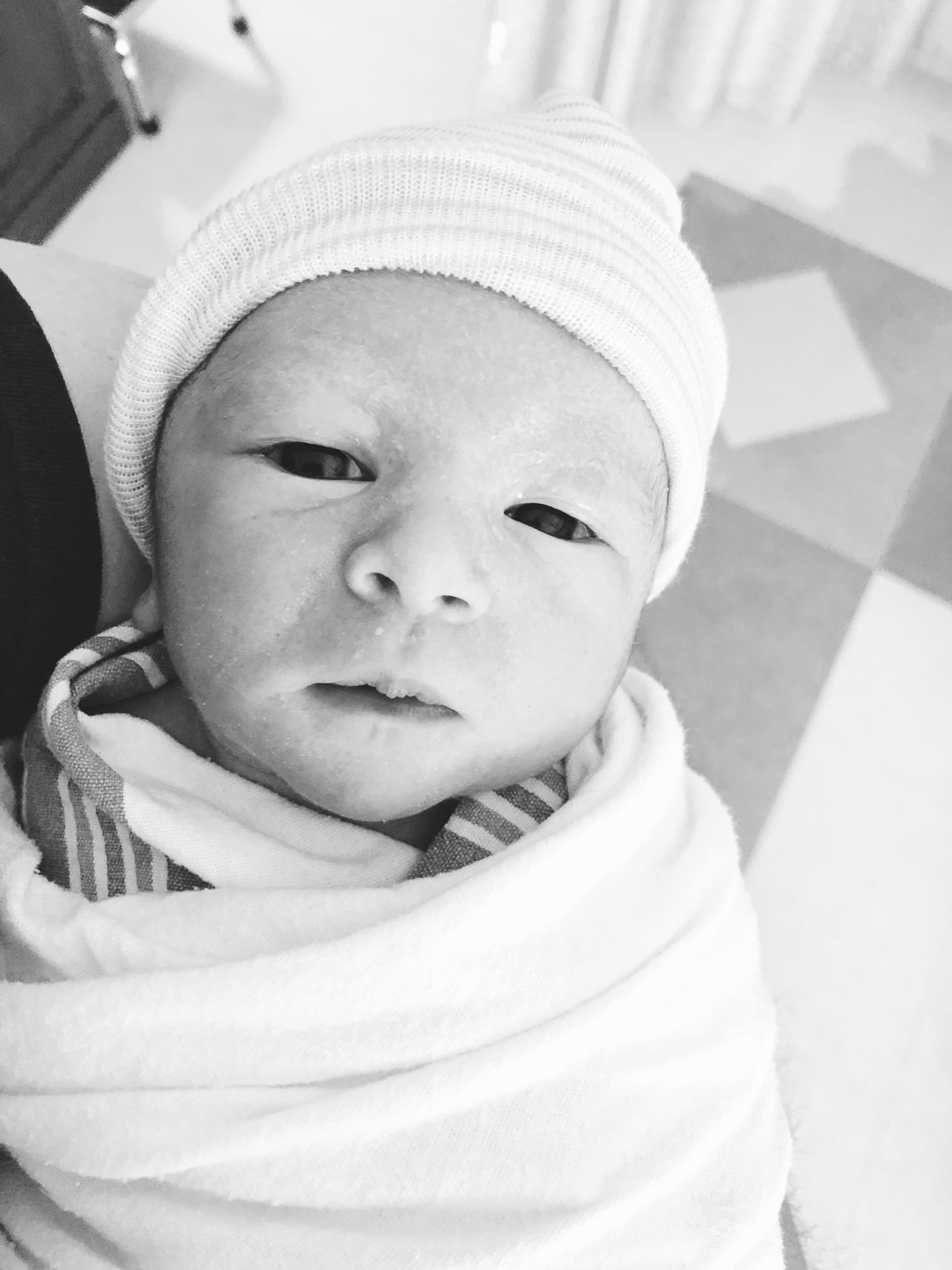 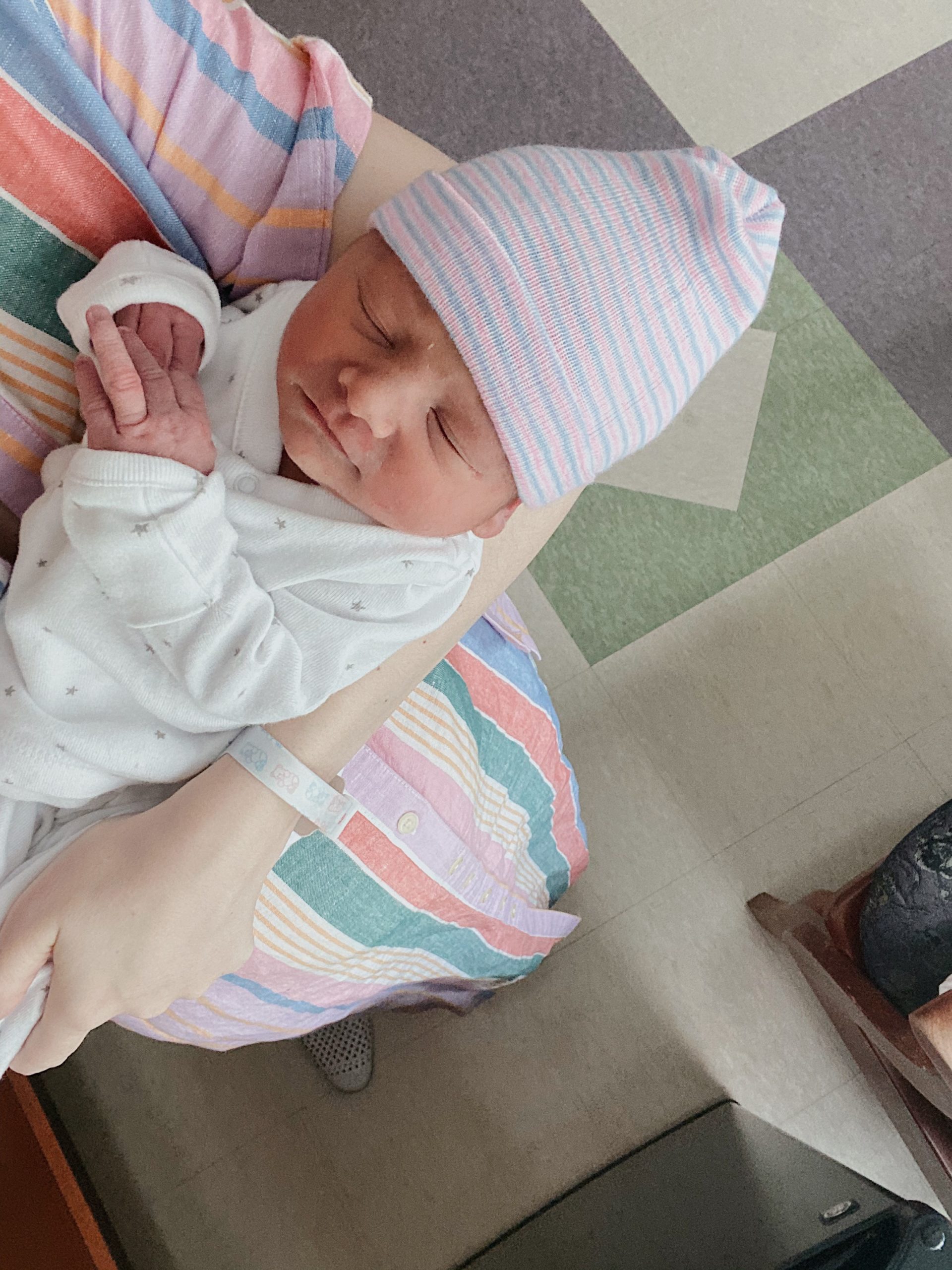 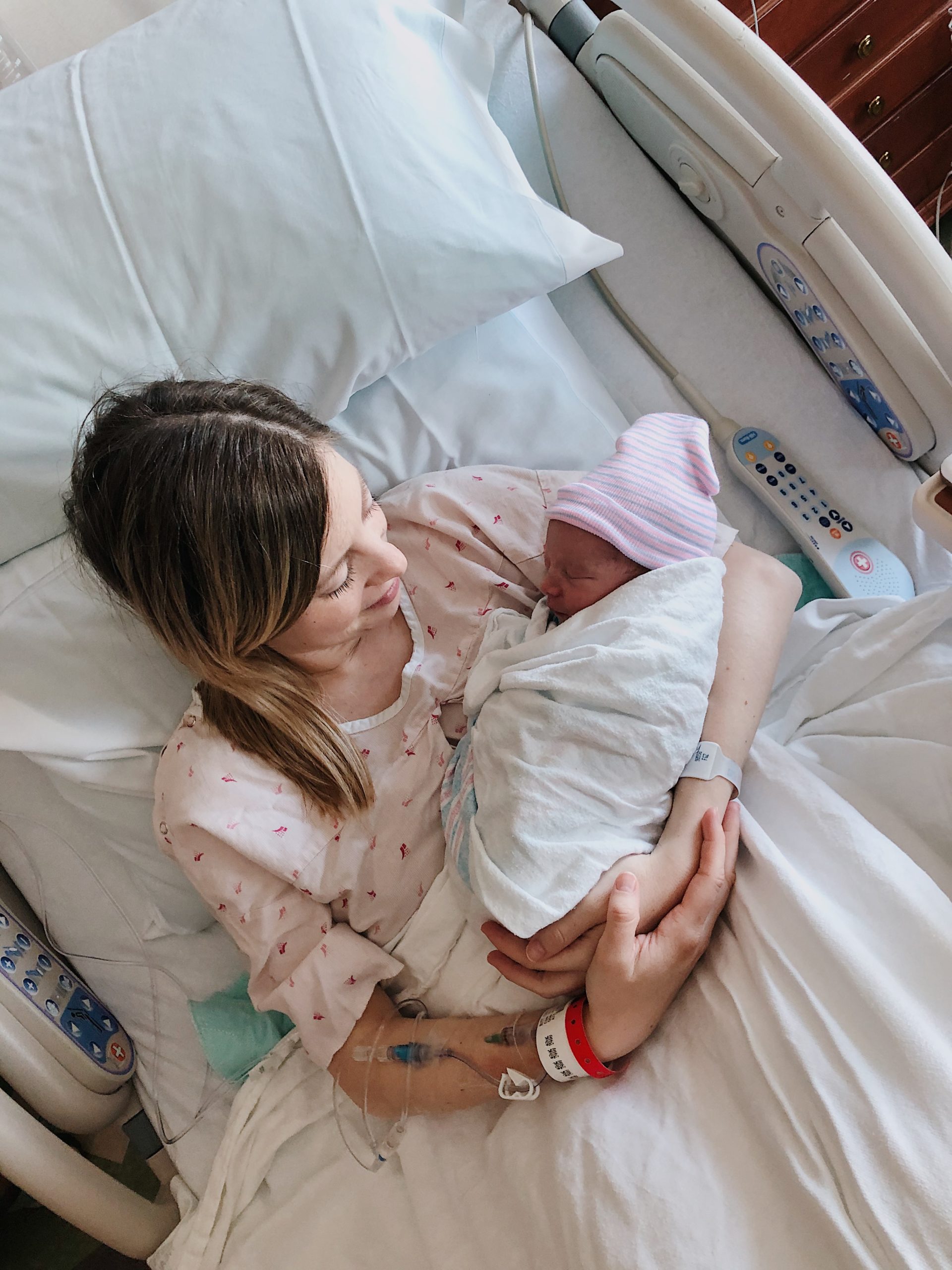 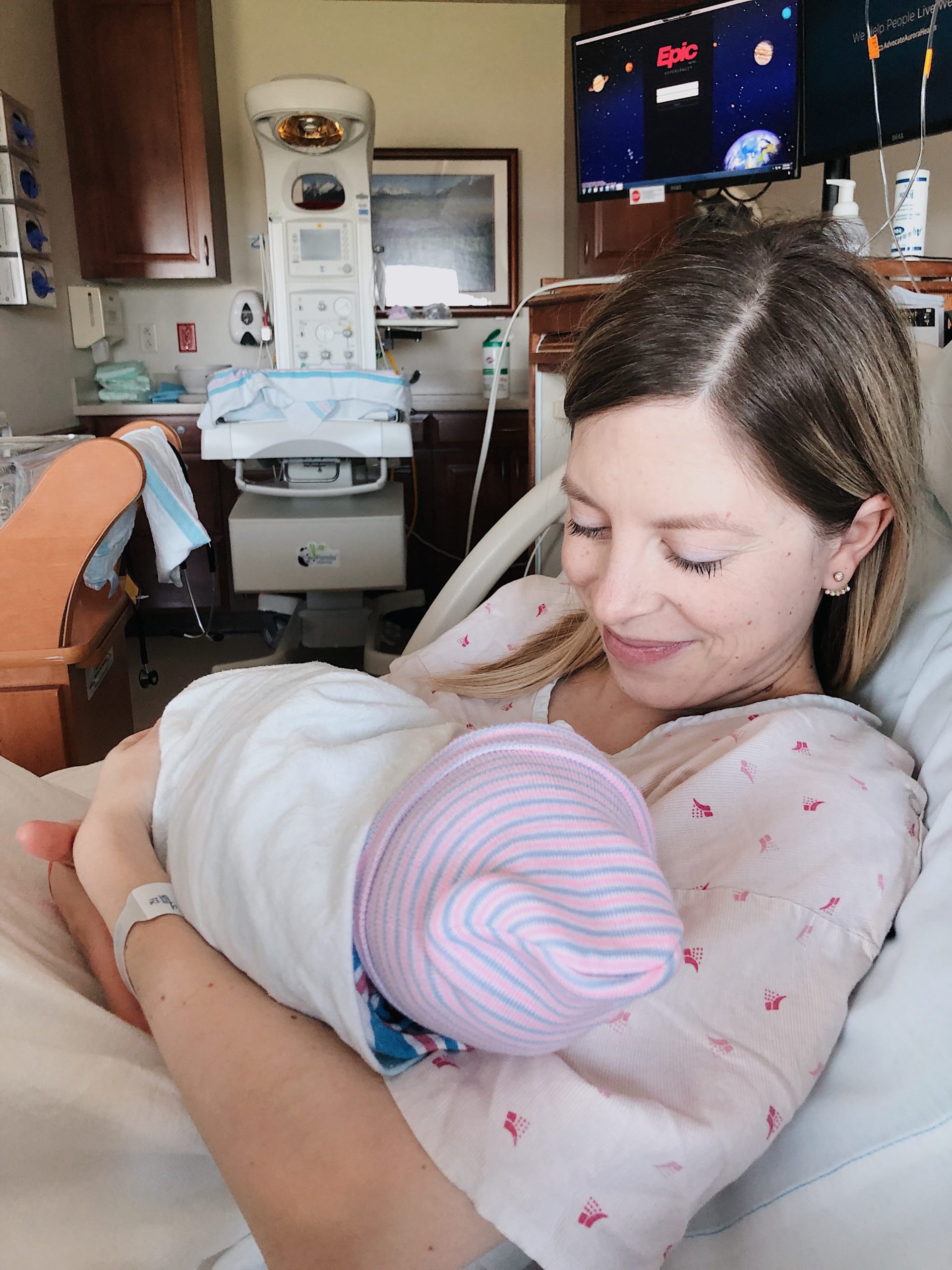 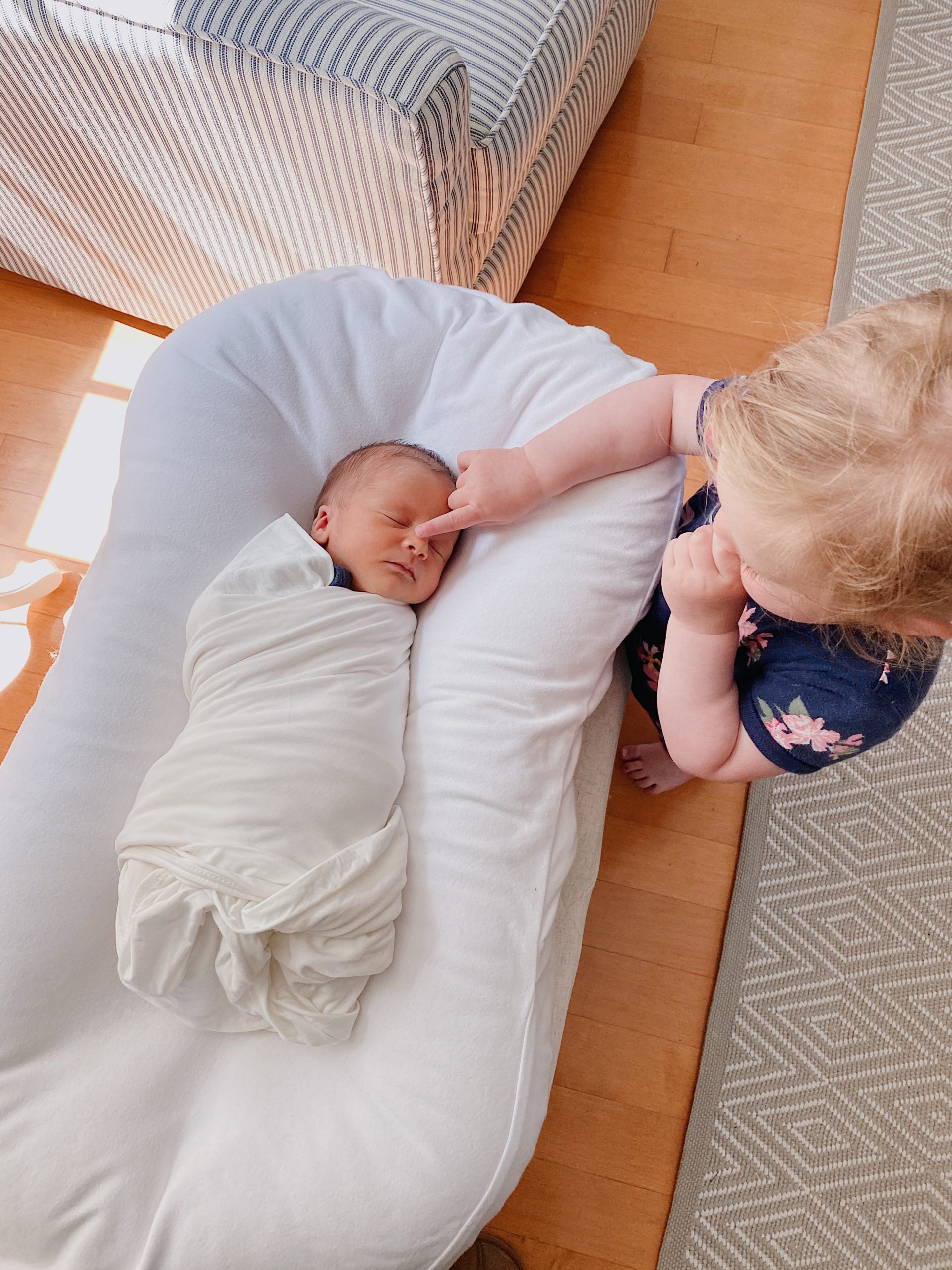 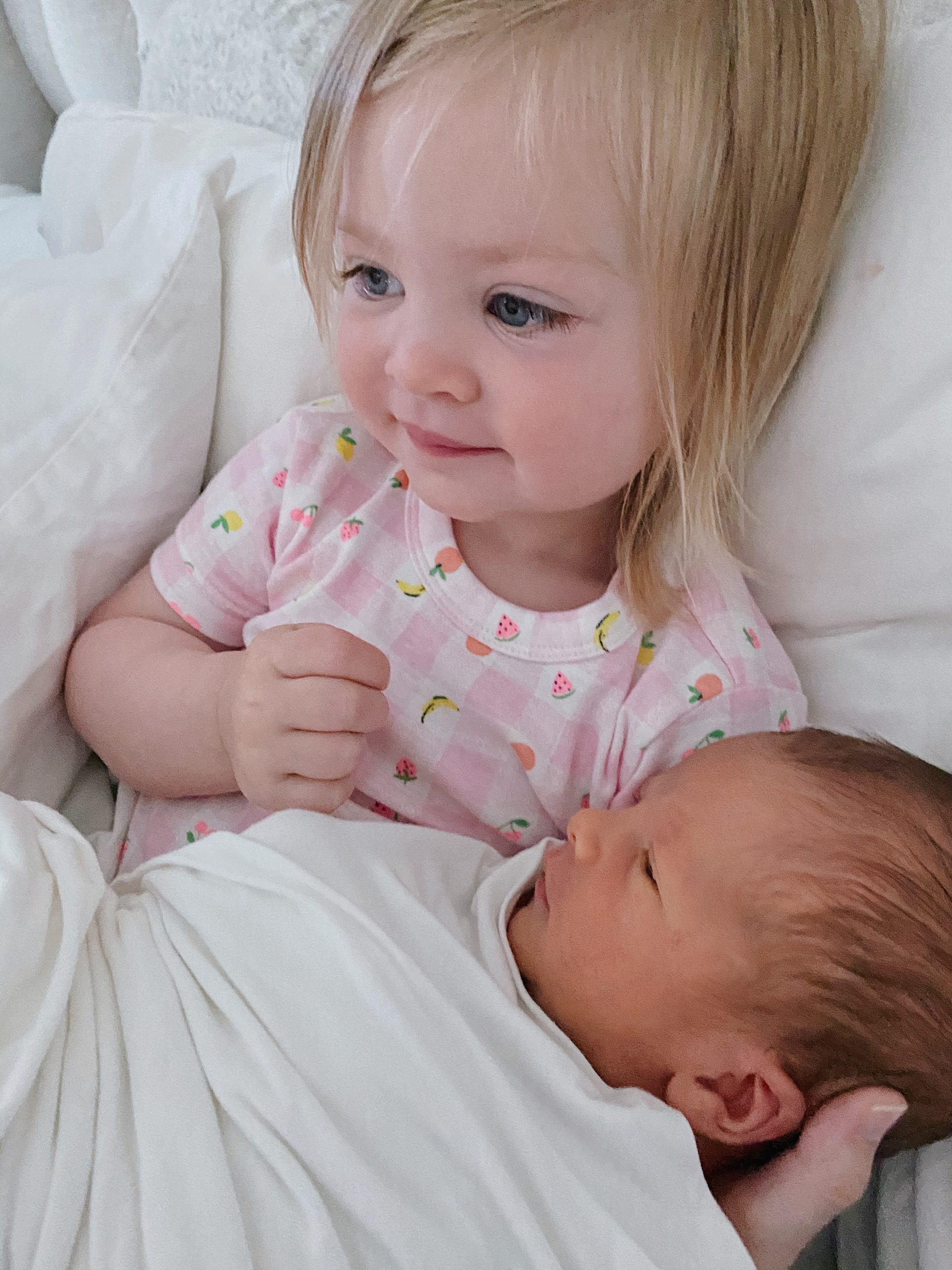 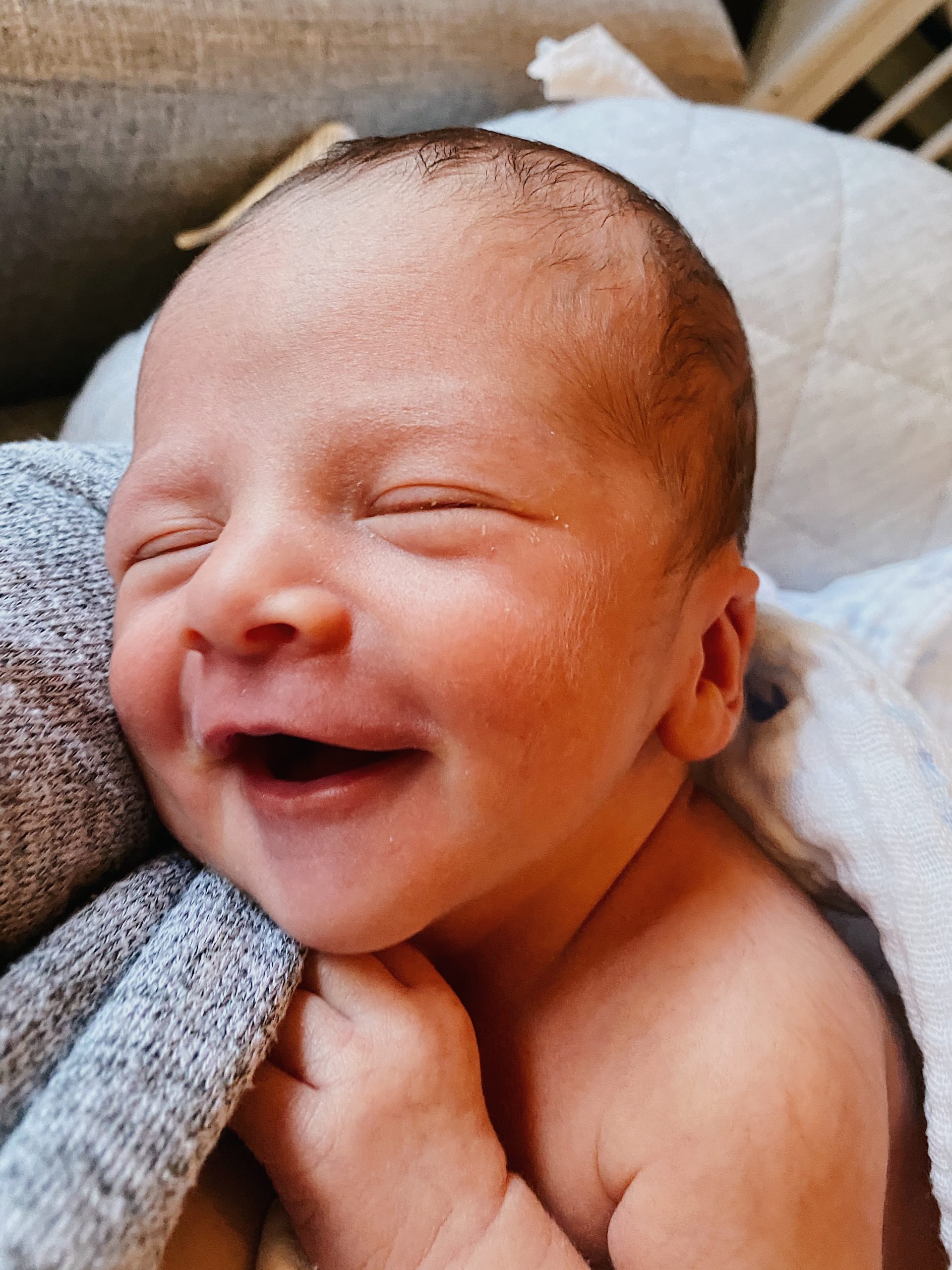 We chose Liam as a nod to Bill (his full name is William after his grandfather) and Matthew was my brother’s middle name. I love that he’ll carry a bit of our family with him. He weighed 6 lbs and was 19 in. (nearly identical to Ainsley).

One last random note in case it helps anyone reading this. I didn’t realize how many newborns don’t pass their hearing tests while at the hospital. We didn’t have any issues with Ainsley, but Liam didn’t pass twice. I was pretty nervous for a few days but in talking to more moms learned their kids had to go back to get re-tested as well. I honestly forgot it even happened until going through my Notes section on my phone while writing this post.

I’ll share more about transitioning to two soon. Thank you as always for the love you continue to share and give to our family – it means more than you know!