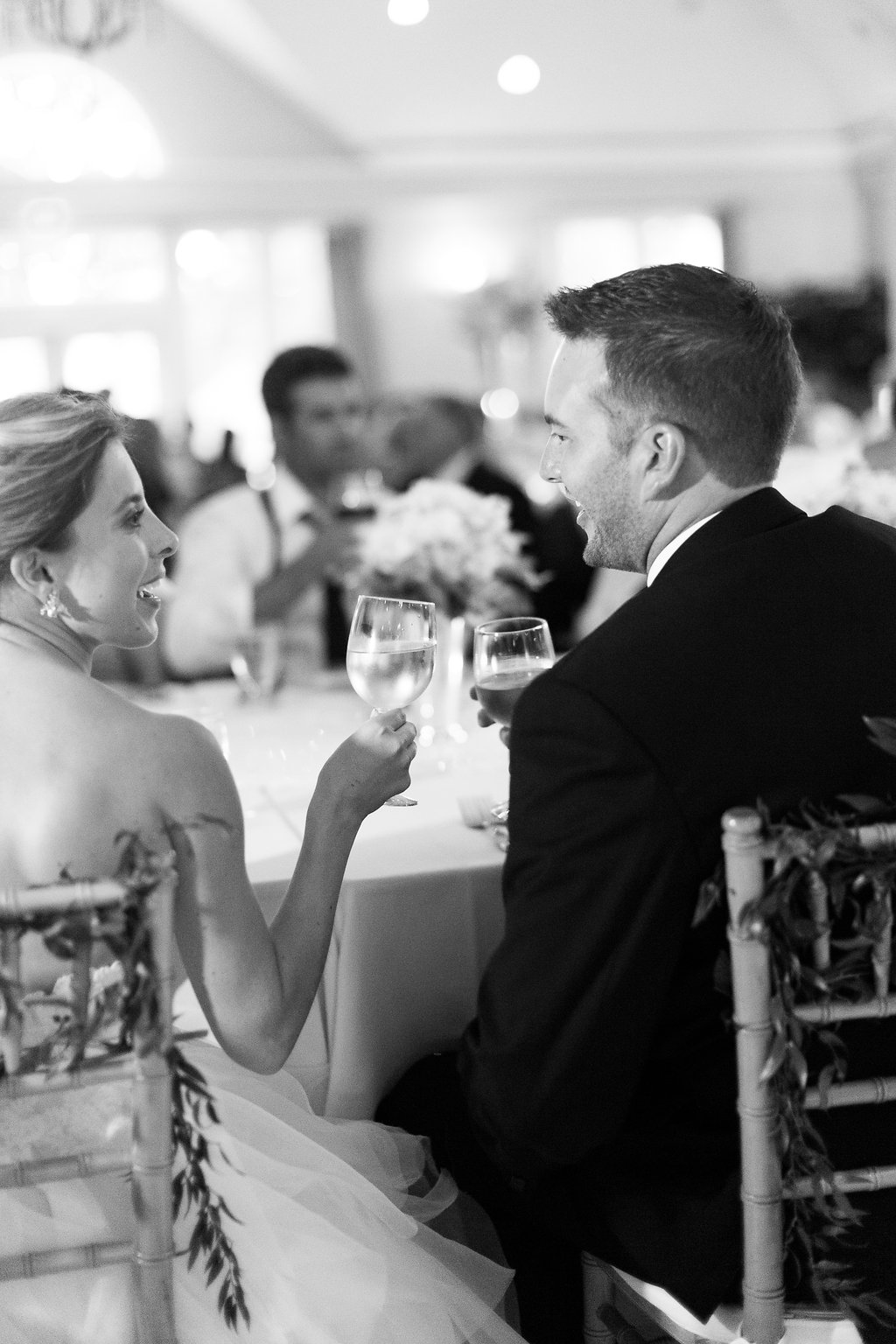 Cheers, friends! You know I love Wedding Wednesday. It’s time to share one of the first surprises during our wedding reception and talk about the first dance songs. 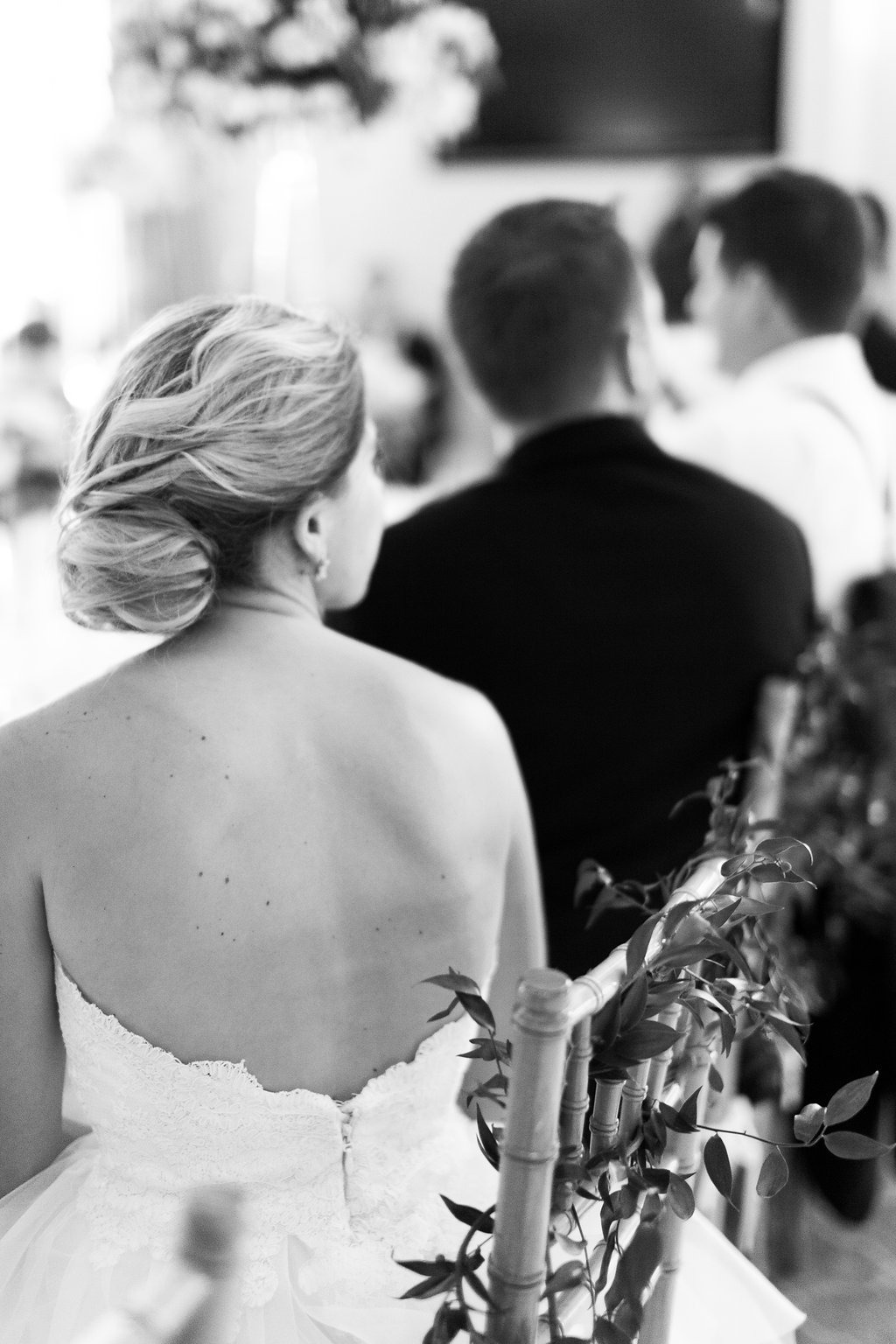 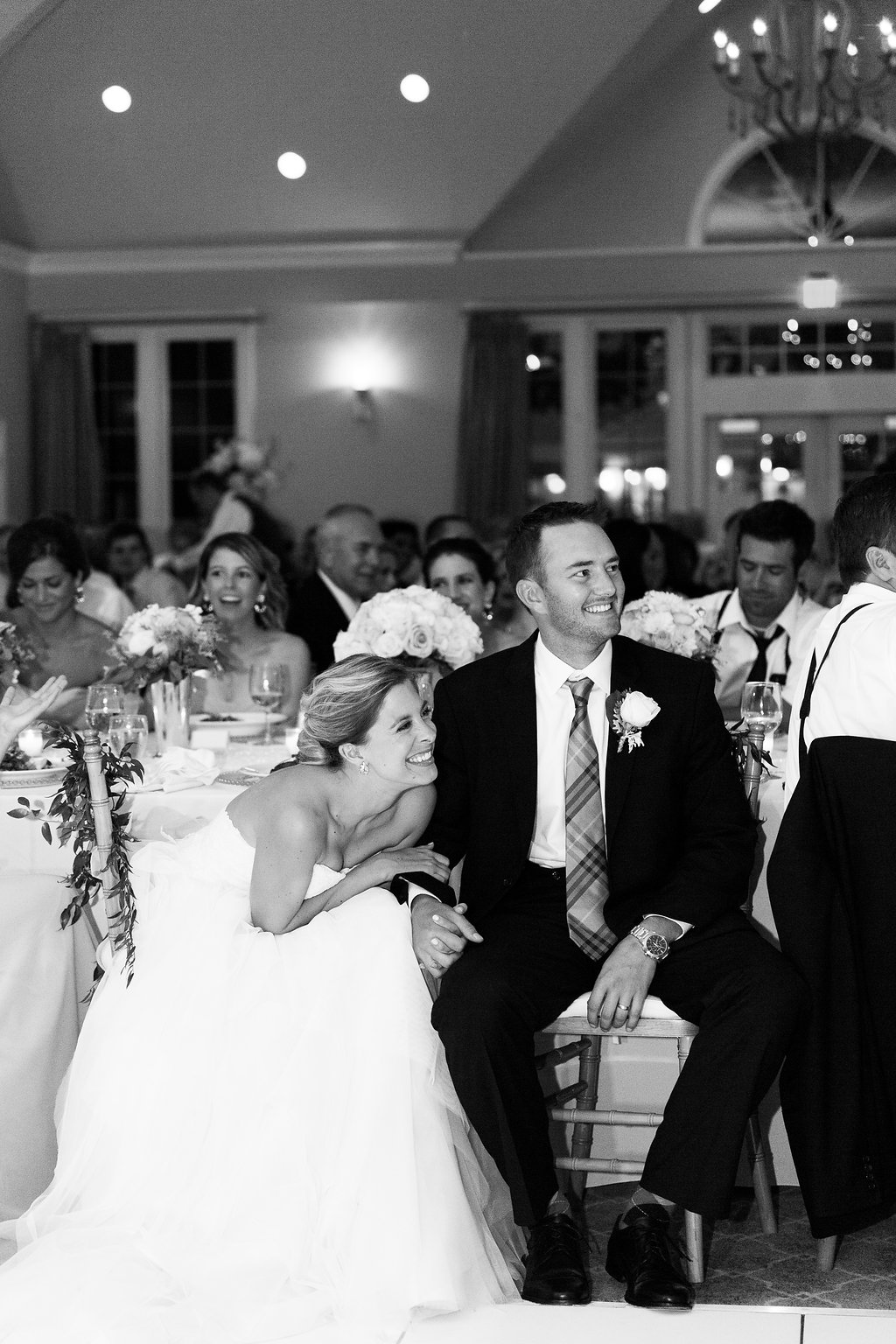 After my sister’s speech, she started to kind of make an announcement but must have gotten a no-go gesture from the band so she stepped away from the microphone. I don’t think many of the guests noticed, but I was somehow convinced that our flower girl and ring bearer were about to put on a performance. And don’t get me wrong, I love the two of them to pieces, but I started to get really nervous about what was going to happen.

But then, my sister got the nod from someone and grabbed the microphone again and proceeded to tell us that our friend Russell Dickerson (who also happens to be an incredibly talented country singer – he’s on tour with Thomas Rhett right now!) was there to sing our first dance song. 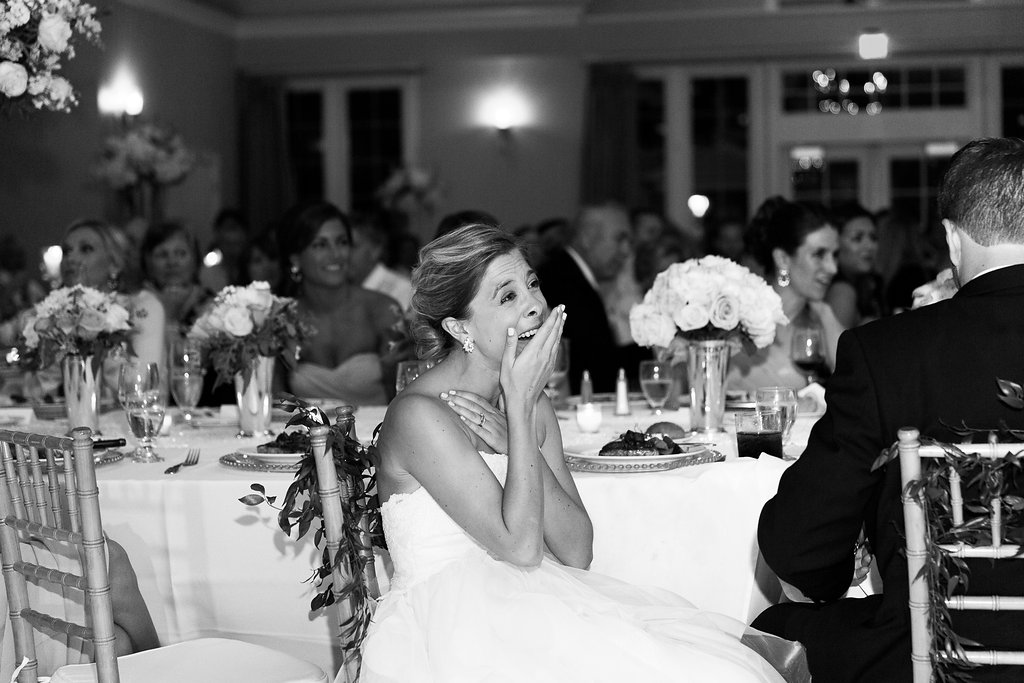 This was my reaction when I realized that Russell was there. It was seriously the best. We were originally planning on dancing to Mean to Me by Brett Eldredge, but Russell’s song could not have been more perfect. He sang  Yours and now every time we get to see him in concert, it’s even more special.

I honestly had no idea Russ and his beautiful wife Kailey were coming. We sent them an invitation knowing that it was very likely that Russ would be traveling. It turns out that he had a show in Milwaukee (which my sister told me was canceled, and why wouldn’t I believe her?), and they blocked me from the event on Facebook. Earlier that day, our ring bearer came up to me asking when Russ would get here. We always played his music for Buddy so I didn’t think anything of the question and told him that Russ and Kailey couldn’t make it for the wedding – I thought this was totally adorable and went on my merry way! My mom, sister, wedding planner and one of my bridesmaids worked secretly to update the table arrangements and make sure they even had place cards, and I was completely clueless. 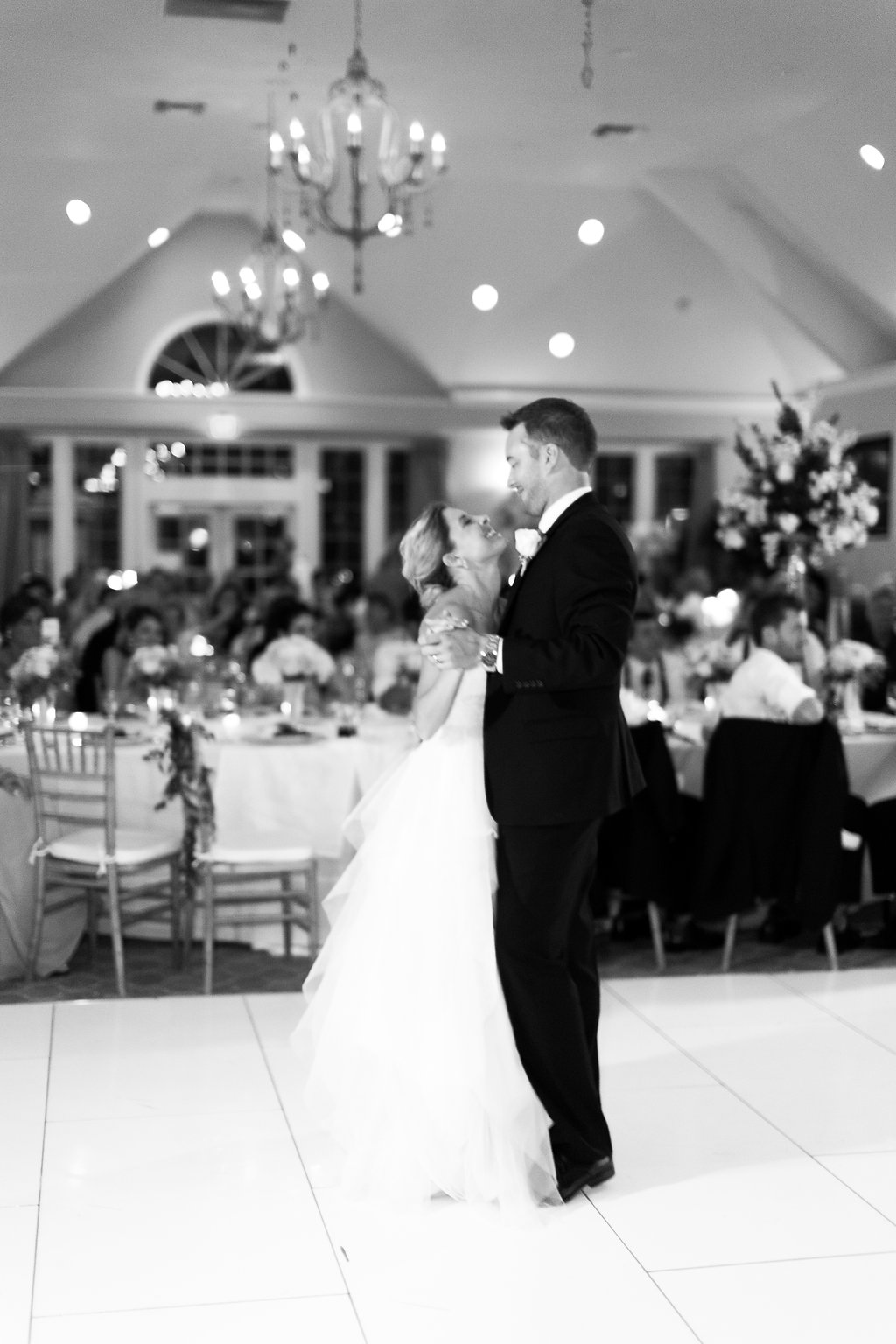 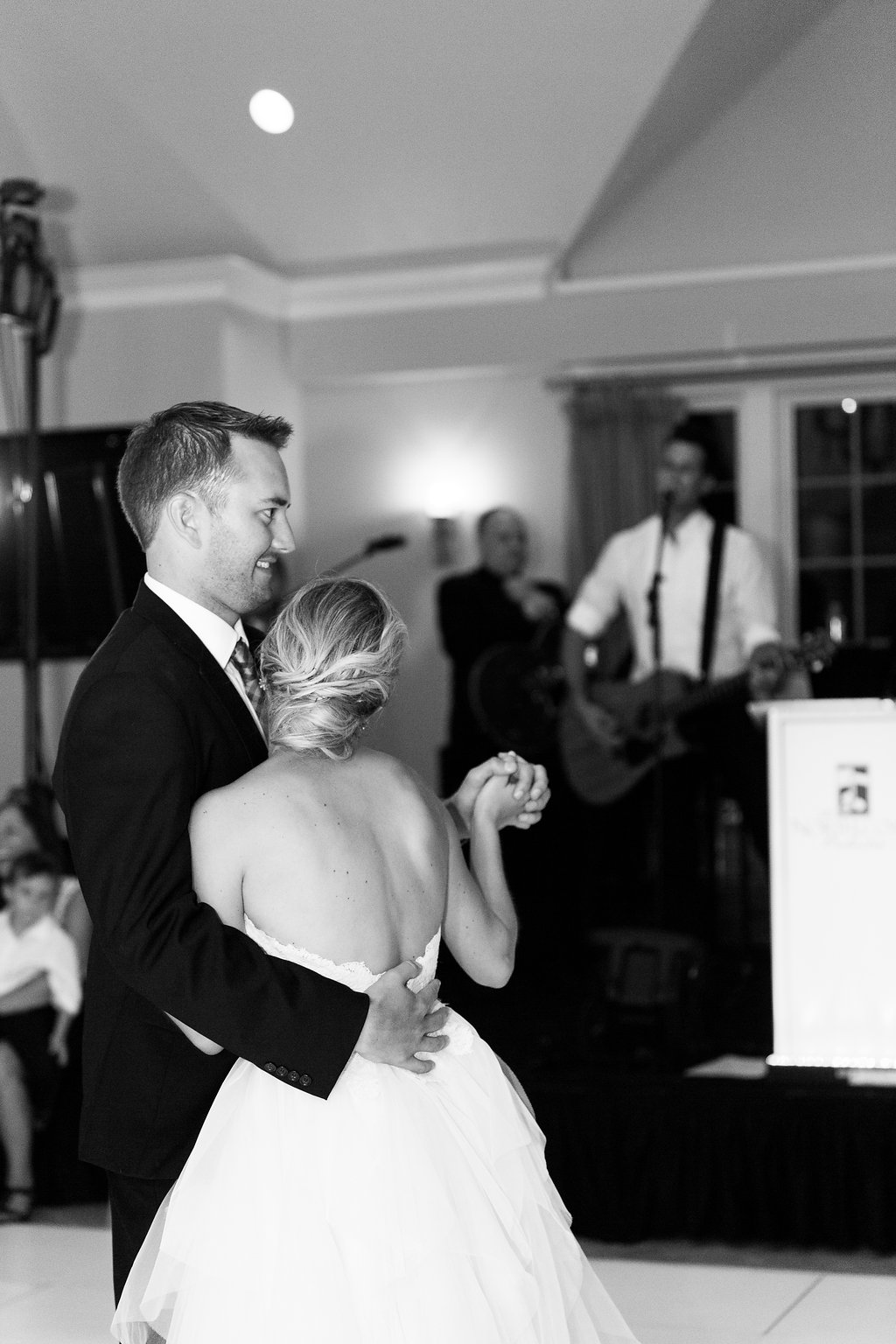 If you look closely you can see Buddy off to the left – he was just as excited to have Russell there! 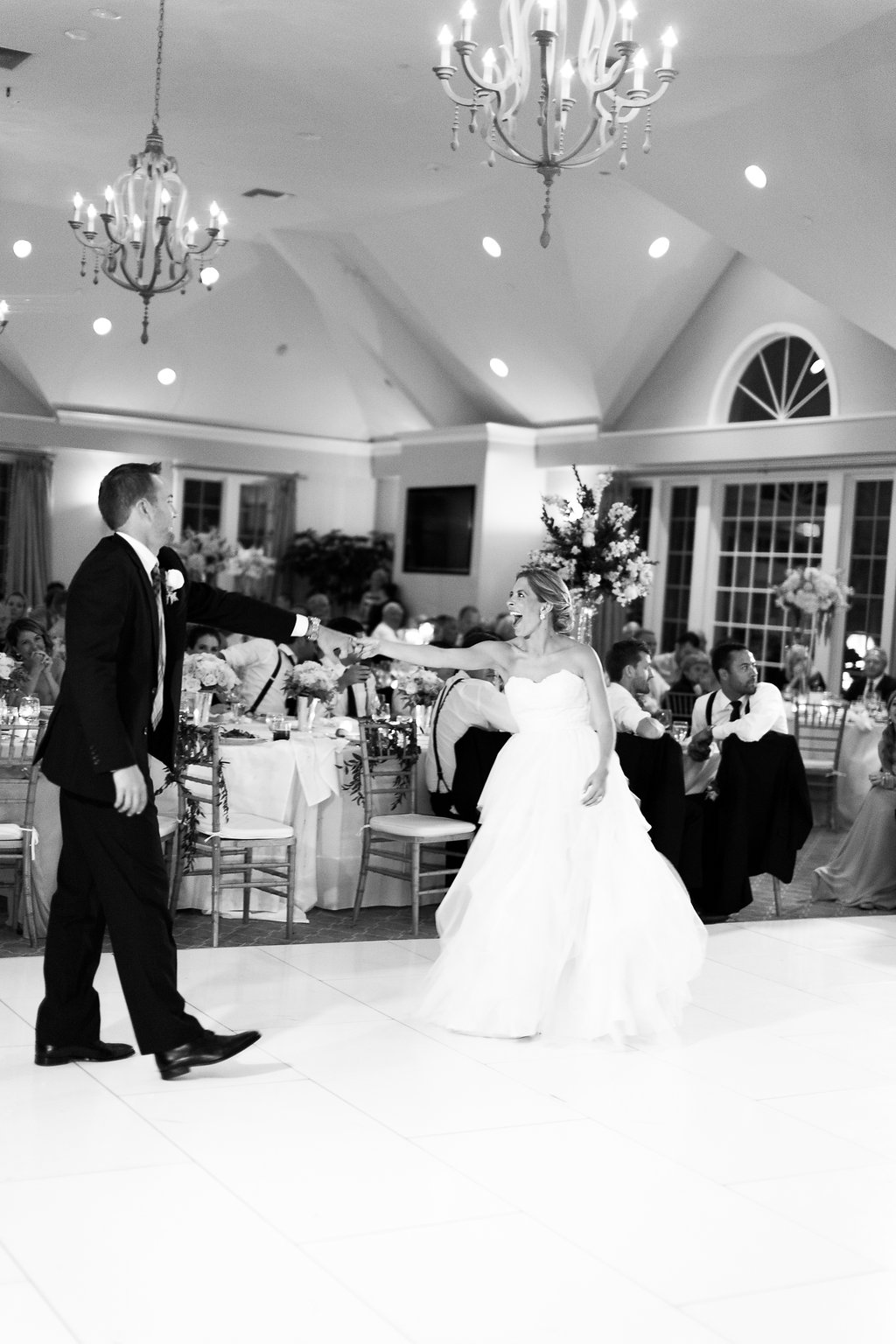 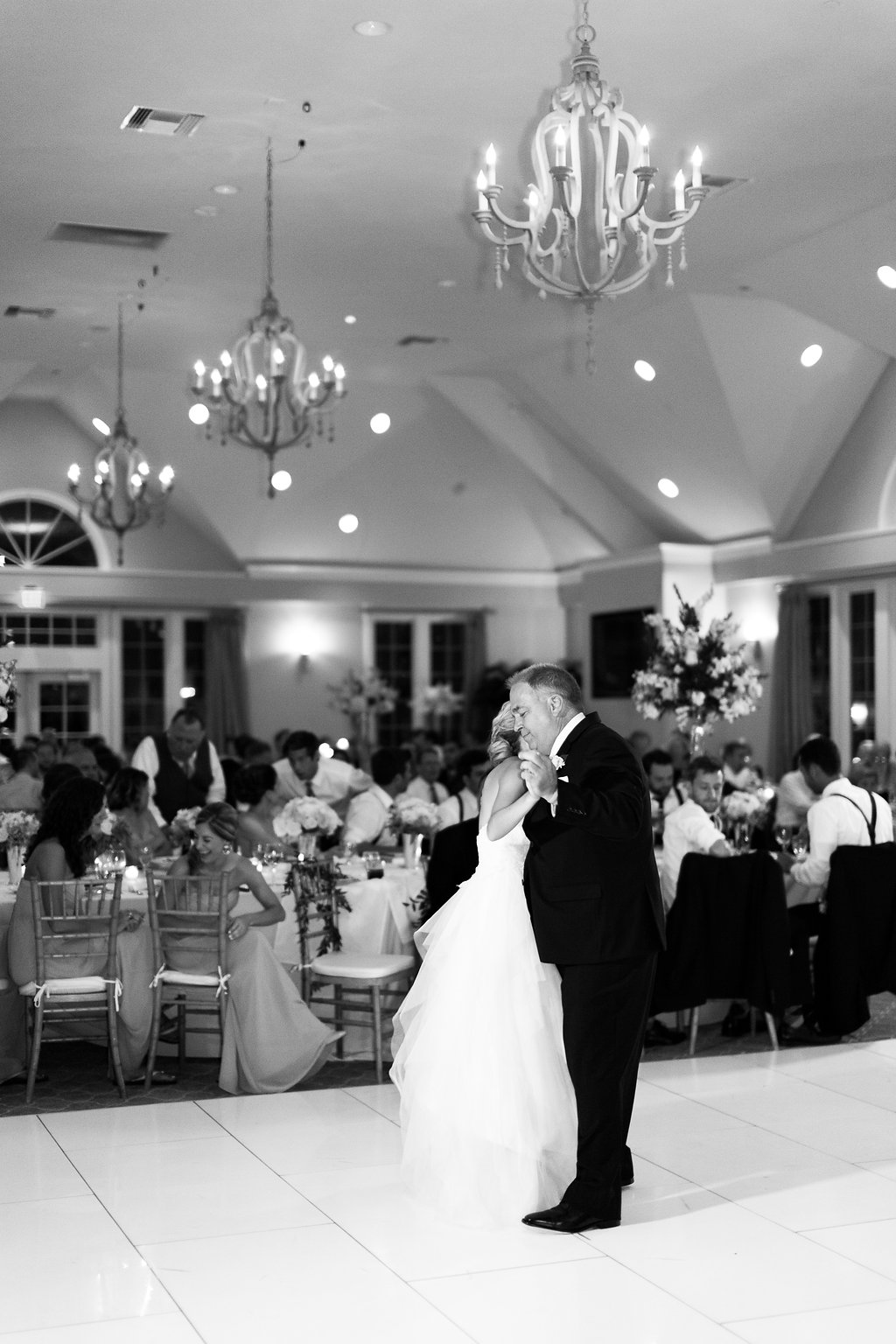 My dad and I danced to Daughter of Mine – a traditional Irish song. I never knew this before we started to plan the wedding, but my dad told me that he heard it on our first flight to Ireland together and always remembered it. Love you, dad! 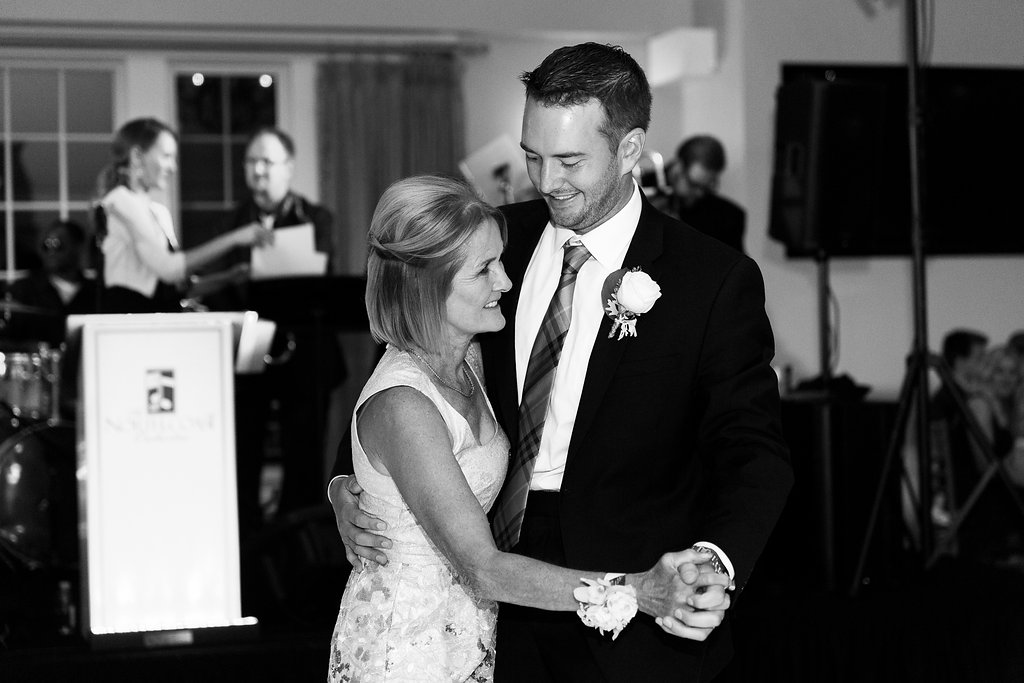 Bill and his mom danced to Brown-Eyed Girl and then we had his Grandma Rae come out and join the fun. 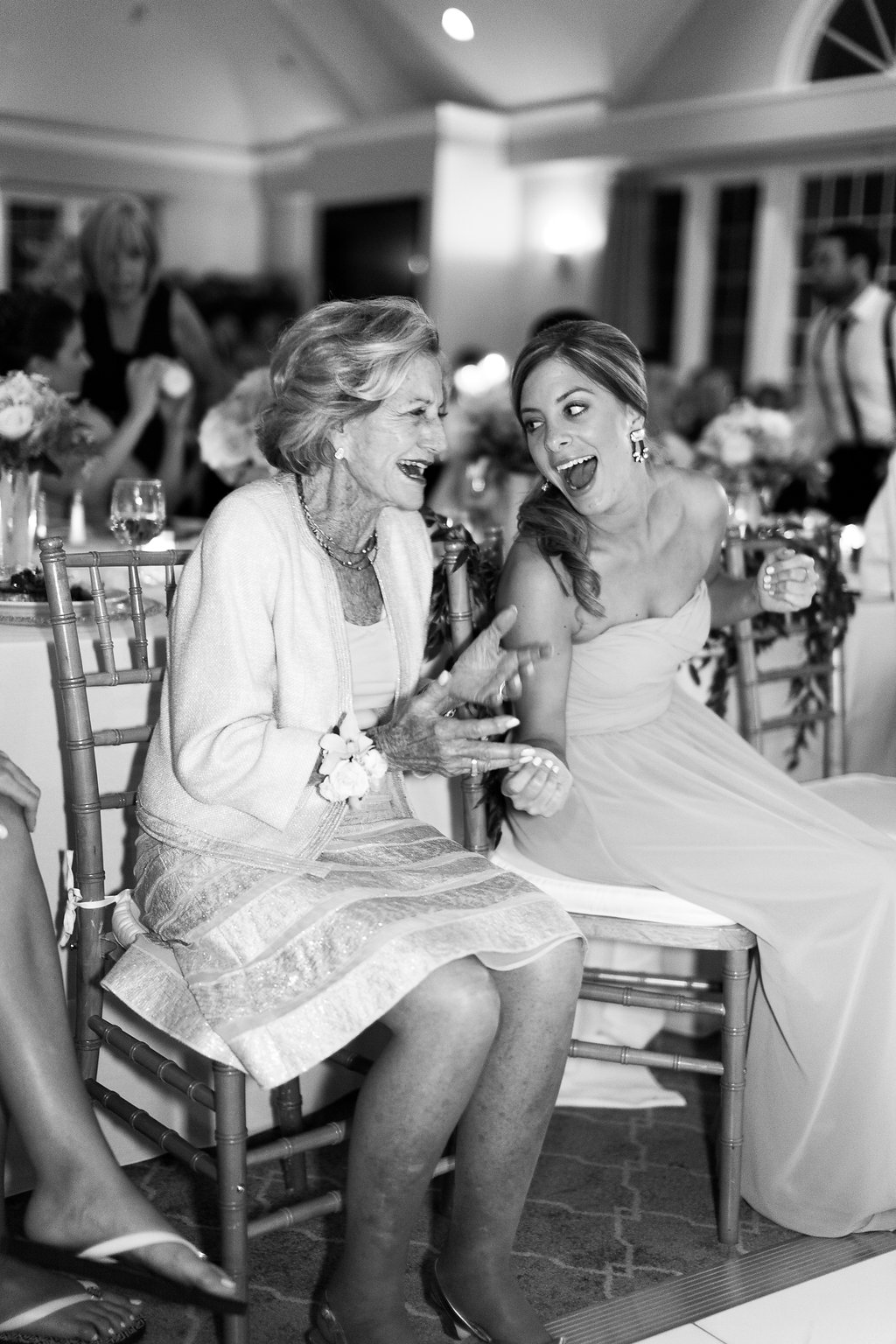 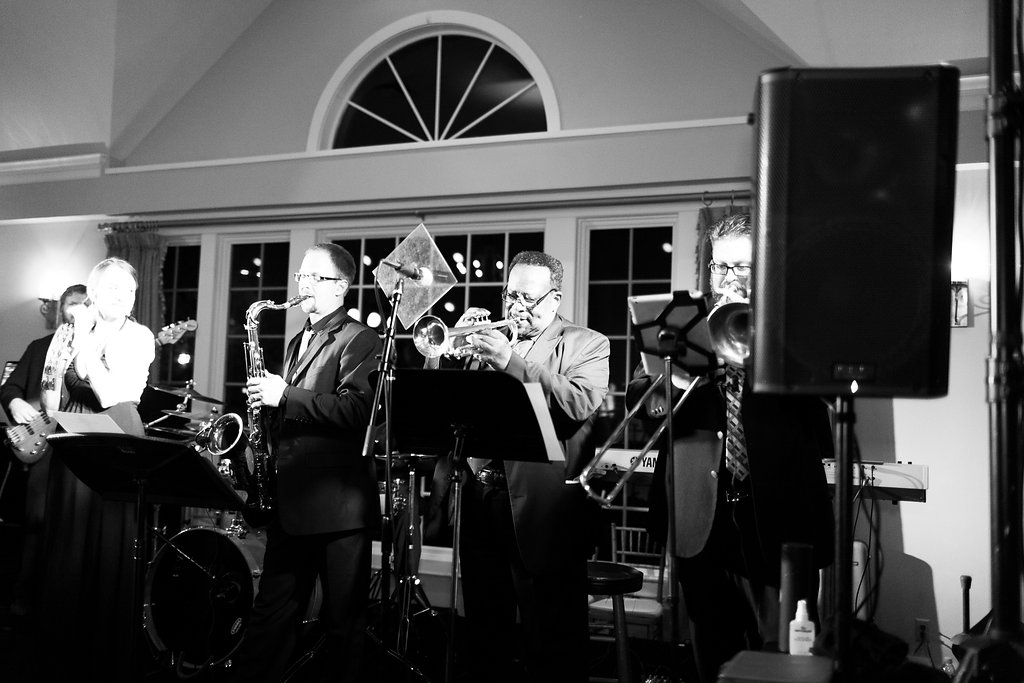 North Coast Orchestra far exceeded our expectations (and they were high). We had first heard them at Bill’s cousin’s wedding a few years ago and reached out to them pretty early on in the planning process because I remembered never wanting to leave the dance floor at that wedding. While we cared the most about the ceremony, we ultimately wanted a really fun party afterwards. And they made sure the dance floor was packed until the very end. If you’re looking for a bad in the Milwaukee area, I can’t recommend them enough!