Why, hello! It’s been awhile.

These past two months have felt like a complete blur, and as a result, I wasn’t up for posting regularly. If you follow me on Instagram, you may have seen this post prior to the holidays, or maybe you read this blog post before Thanksgiving. 2016 was a doozy, and that feels like a huge understatement. Since my mom was in the hospital the week before Christmas, we spent my brother’s birthday there, which wasn’t what we had in mind, but at least we were together. After my mom was released from the hospital, we wanted to spend as much time with family as possible. We weren’t up for traveling so we had a few game nights at my parents’ house. In case you’re looking for new recommendations, some of our favorites include Settlers of Catan, Ticket to Ride, Exploding Kittens and Salem: A Card Game of Deception. We still weren’t up for much on New Year’s Eve so we had another game night (are you catching on that our family loves board games?). Bill read a handful of reviews, and we  settled on Codenames and really liked it.

After the holidays, I accepted a new job and officially start week three today (more on that later this week). After the longest year of my life, I was in need of a fresh start, and while I know this year will bring new challenges and some of the same pain of 2016, I needed a change and am truly excited for what’s to come.

This is starting to feel like the quickest life update after some very long weeks, but I’ll talk more about the above throughout the month on Fifth & Rose. I think another reason I was eager to start blogging again was so that I could share what I’ve learned these past few years and am still learning along the way, whether it be about loss, illness or new careers. I know a lot of people are navigating the same things, and while there are times you just want to shut the world out, it can really help to start a dialogue with others.

So, for today I’ll leave you with my weekend uniform as of late. We have been doing a lot of running around, and when I’m tired and emotionally drained, I tend to reach for pieces that are comfortable but still make me feel put together. Sunglasses are a must, and you can’t go wrong with a stripe tee. 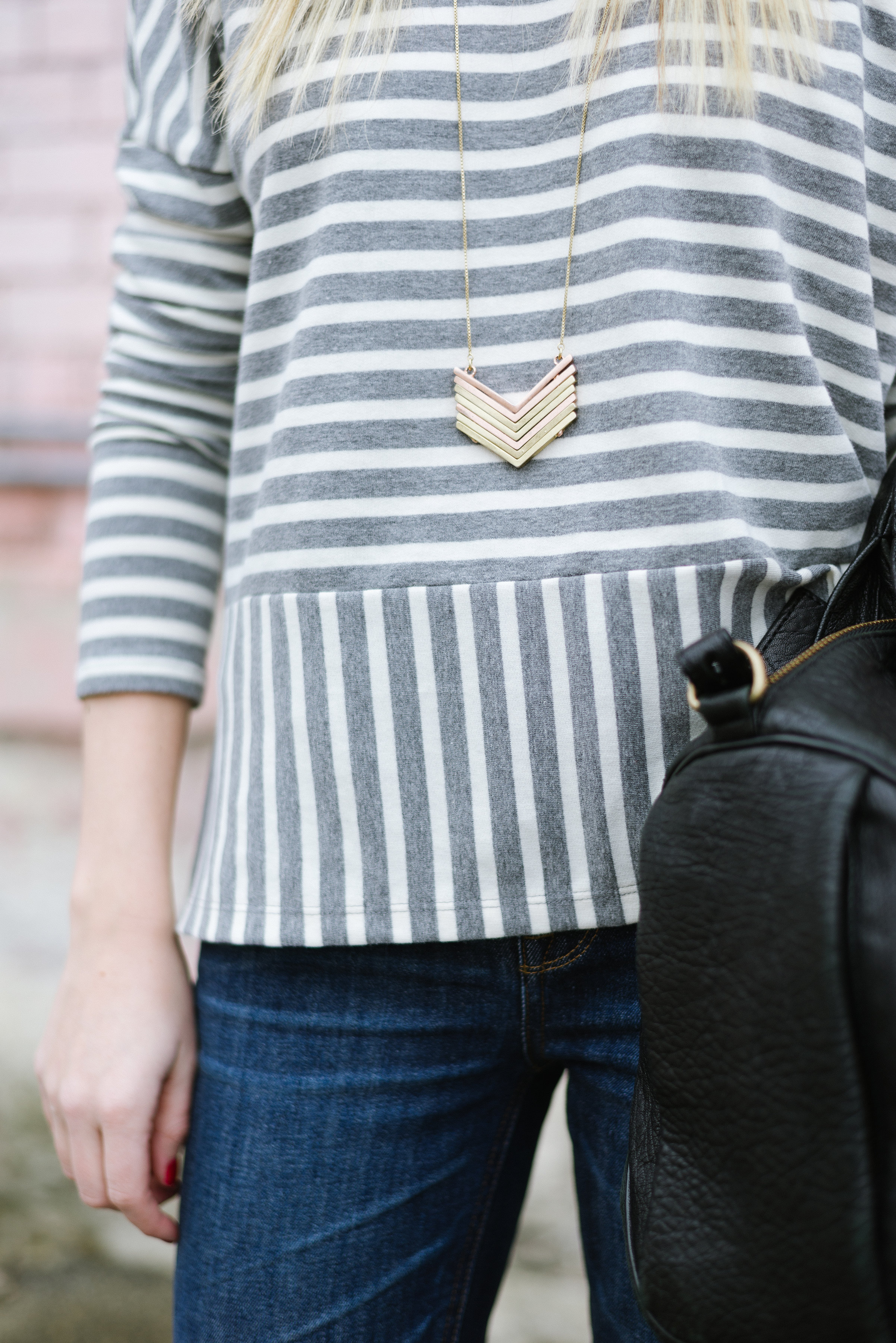